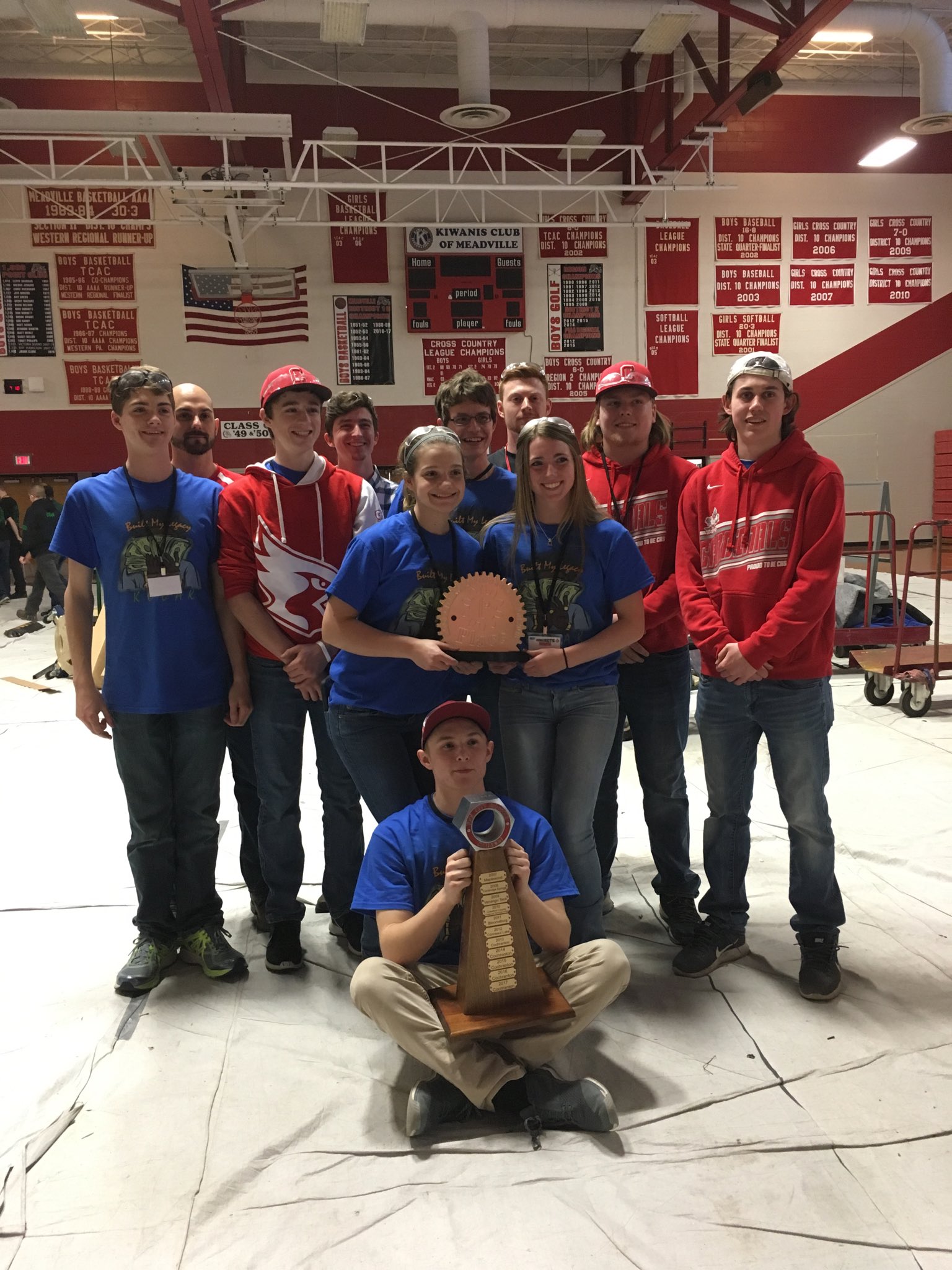 Congratulations to Team Built My Legacy and Kodak!

This is the sixth consecutive year a Cochranton team has one the NWPA NTMA RoboBOTS Tournament. Team Built My Legacy and their bot, Kodak, took home first place after defeating another Cochranton team in the last round. Kodak disabled it's opponent, Booker T, after only one minuted of a three minute bout.

JBM Technologies West not only sponsors the event, but also offers it's resources to students in the Cochranton area every year. RoboBOTS is an educational program created by the producers of the wildly successful BattleBots television series in which homemade, remote-controlled robots face-off in competition. At JBM, we jump at the chance to participate in events that educate students in trades that lead to a manufacturing career. Through the hands-on process of building and troubleshooting their bot from the ground up, they gain practical knowledge of math, science, engineering and manufacturing.